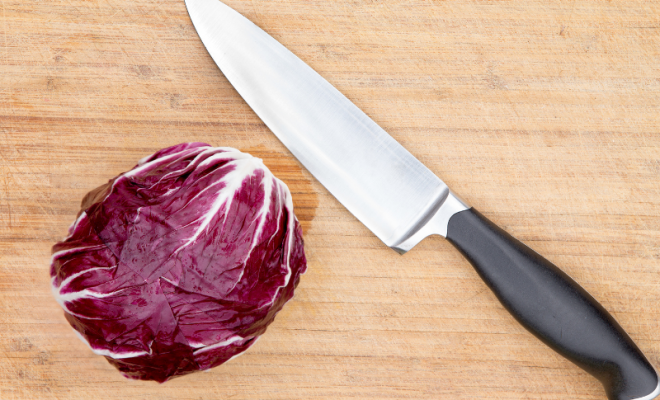 Japanese food lovers and gourmets can agree that the skills of the knife are a significant part in the making of the beautiful delicacies. Be it your favorite Sake, Tai, Suzuki, or Hotate sashimi pieces, the extraordinary skills of slicing, cutting, chopping, and dicing numerous selections of different ingredients play an important role in the finishing touches of a dish.

As the mastery of
the blades are highly important when it comes to the crafting of intricate dishes, diners are even
more in love with Japanese food. Giving high credits to quality Japanese knives needed to make
traditional dishes, culinary experts and professionals are always in the search for fine quality
cutlery.

While Salmon, Seabass, prawns, lobsters, and Wagyu beef are essentially the ingredients we crave for most, never overlook the importance of vegetables.

Veggies and fruits are the richest source of fibers, vitamins, as well as a source of happiness to vegetarians, vegans, and clean-food lovers worldwide. Going to an Omakase restaurant or a typical Japanese restaurant and not being able to fine dine when you’re a vegetarian can be extremely disappointing. With this, vegetables and fruits are the two kinds of ingredients that Japanese chefs look into – to create vegan or vegetarian dishes, catering to the needs and the preferences of diners. As vegetables are as well among the most important ingredients out there that provide a sense of subtleness in each and every dish, specifically in most Japanese dishes, there are special Japanese knives made just for the cutting, slicing, chopping, and dicing of vegetables and fruits.

In Japan, vegetable knives are often called or referred to as ‘Usuba bochos’ or ‘Nakiri bochos’, where the term ‘bocho’ literally means ‘knife’.

For professional Japanese chefs and culinary professionals, an Usuba knife is especially used to cut through various vegetables and fruits. It is a specially forged knife – a chisel ground knife with a bevel on its front and a hollow ground Urasuki on its back side. Usuba knives are usually equipped with flat edges and are often visually described as having very less to no curves at all. Its length usually longer than other knife types in general, an Usuba knife is generally known as a ‘thin blade knife’ used to cut through veggies. This specific knife, the Usuba, is also known to be forged in order to perform specialized techniques like the Katsuramuki, to shave vegetable cylinders into thin sheets.

The only difference between an Usuba knife and a Nakiri knife is its ‘usage’.

Unlike an Usuba knife, a Nakiri knife is a home-use vegetable knife. An Usuba knife is mainly forged for professional-use, where culinary experts can perform their intricate techniques with this knife to cut through, dice, or slice through varying vegetable types with ease. An Usuba’s edge is sharpened only from one side, while a Nakiri knife has both of its sides sharpened. Also known as the Kataba style edge an Usuba knife owns, this style of edge allows users to make better cuts and extremely thin slices as a result.

Some of the best Usuba knife models and series include: